The Tarot is a type of cards used for divination, whose origins are lost in myth, someone would make them even date back to the Egyptian god Thoth. Composed of 78 cards also called blades, are divided into two subgroups: the first includes 22 illustrated cards with symbolic figures, formerly called the Trumps or Major Arcana, the other 56 cards divided into four suits, the Minor Arcana that, depending on the countries can change the type of teaching. The Minor Arcana include four figures: Jack, riding, queen, king, and ten pip cards. In this section you will find an overview of the issues Lo Scarabeo. 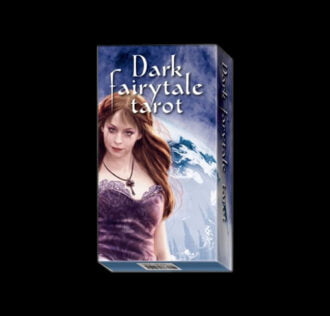 In the realms of Fairy inspiration and answers can be fond. Whatever you seek, it’s here. Tales of old, dark…

TAROT OF THE NECRONOMICON

Unknown is all around us. Horror is inside us. Facing our dark side we can discover the origin of our… 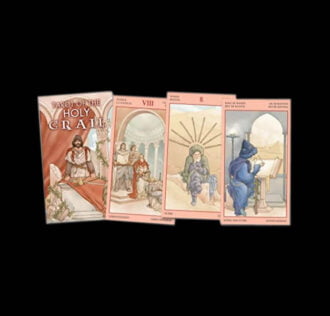 TAROT OF THE HOLY GRAAL – 78 CARDS

The Holy Graal myth was born with King Arthur legend, where the quest for the Holy Cup meant looking for… 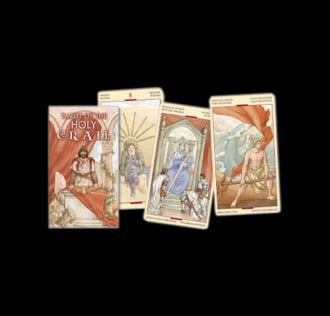 Tarots of the Grail

18,43€
Back to Tarots, Sibyls, Oracles
Trustpilot